6 insights from the Canalys Channels Forum 2017

Fresh from our trip to the Canalys Channels Forum, we report back on what we heard from the IT channel’s foremost analyst. 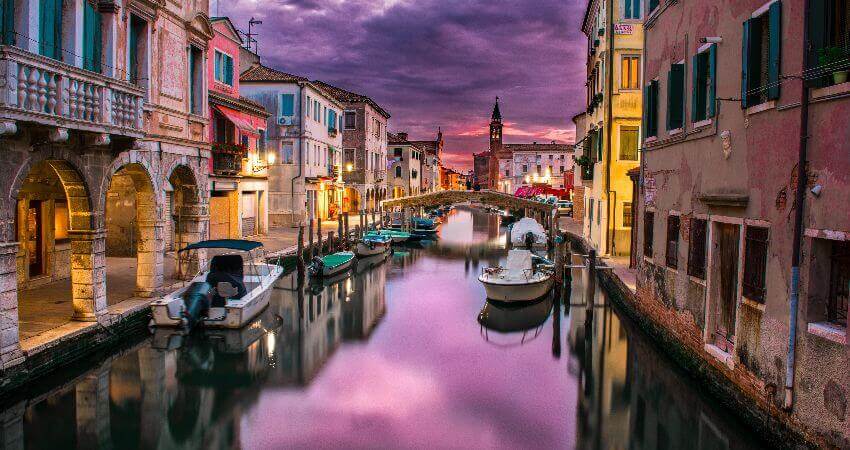 We’ve just returned from Venice having been invited to attend the Canalys Forum.  If you’re not familiar with the event, it’s organised by Canalys, the foremost channel analyst, and brings together EMEA vendors, distributors and partners for a two-day event.  Canalys gives its take on the trends being seen both in the channel and end-user market place, whilst vendors and distributors have the opportunity to host workshops and connect with partners.

As ever, it was another good event.  Having sat through various presentations and workshops, there were some interesting take-aways for us from the event.  Here are our highlights:

Having heard industry commentators tell us there’s little life left in this business, it was good to hear Canalys declare they see this as a fruitful and sustainable revenue stream for the future.  While for those of us working in the channel this may not seem a surprise, it was good to see a respected commentator back up what’s a fairly buoyant market with hard facts. Perhaps most remarkable, however, was the significant resurgence being seen in PCs versus some enterprise hardware like storage, which has seen a noteworthy decline through 2017.

A bold prediction indeed by Canalys, but they foresee that Microsoft will have given up on this in the next 3 years.  Interestingly, during the partner panel we watched, one of the largest European resellers suggested that if Microsoft hadn’t made this decision already then they should do. The reason apparently is that whilst Surface is an exciting and disruptive technology, there’s little money to be made in selling it, with Microsoft offering minimal support to the channel.

This seems to be hotting up.  Asgard has seen a rising interest in this in recent months, having been commissioned to write various content pieces on the subject.  Edge compute is essentially the movement of more sophisticated and increasingly autonomous hardware to the ‘edge’ of the network.  This ranges from clever network switches to a world increasingly colliding with IoT and the various computers being embedded in everything, from watches to cars.

With the growth being seen in PC and client device sales, there was a lot of talk of device-as-a-service (DaaS).  What’s considered DaaS really depends on the customer, but essentially ranges from leasing equipment to proper consumption-based commercials.  With device refresh typically around 2 years now, this type of service approach is becoming increasingly attractive to end-user customers.  All the major manufacturers are creating DaaS options and are keen to support channel partners in adopting this approach.  One of the headaches for partners however, is the compensation process behind recurring services like this.  Sales people are used to upfront commission, while the business wants to generate recurring revenue.

Canalys identified the top 7 mega cloud providers and their dominance in the cloud marketplace now.  It’s hard to see how anyone else who has built their own cloud can compete.  To put it into perspective, Amazon Web Services, Google and Microsoft Azure buy more servers every quarter than either HPE or Dell EMC sell in one year!  The dominance of these players is creating a magnetic pull amongst the wider vendor community to create ‘integrated’ offerings with each big provider.  However, because of the rate at which these major players are having to acquire technology, Canalys believes there is high potential for a future Capex crisis among them.

Canalys also offered some bold predictions around the future of cloud.  Their thinking is that in the next 3 years we will have reached public cloud maturation, and as organisations operate their IT in a multi-cloud world, they will find the headaches of integration and upkeep of customisations to interoperate between those clouds too costly – potentially countering the benefits of harnessing the public cloud in the first place.  As such, they foresee a sizeable movement to private cloud infrastructures that offer the same characteristics as public cloud.  Technology is already developing in this way for on-premise infrastructures, so it’s a logical suggestion. IT continues to feel cyclical…